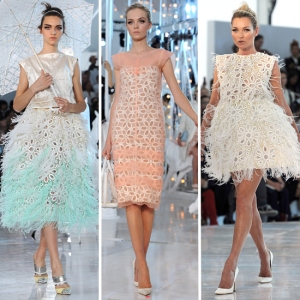 The Louis Vuitton eyelet fabric from spring 2012 registered immediately on my bride radar (more on what tickles that in later posts). With the frustration of knowing I would never be able to find that fabric (unless my fabric-stall man outside Sainsbury’s happened to find it lurking in his magical warehouse), I parked it as airy, frothy inspiration. That was until Colette Patterns announced a competition to coincide with the launch of their new pattern, Laurel.

“Yes!” I thought “it’s now or never. Can I possibly recreate something that looks anything like Louis’s eyelets?” The answer, after several weeks of production-line sewing is, probably not! But, then again, does that matter? 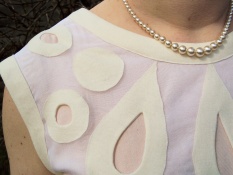 “What’s that bloomin’ squirrel up to?”
Advertisement